How To Escape A Toxic Work Environment

THE INTERNET OF EVERYTHING

On a scorching Summer day, sweat pooling under my suit and tie, I walked into the snazzy Tribeca office of my new boss. I wasn’t nervous. I was prepared. I’d been handpicked for a prestigious internship with a hotshot Manhattan attorney. But, what started out as a straight-forward learning experience quickly turned into a lesson in how to escape an internship from Hell. Here is a step-by-step in how to navigate your way through a toxic work environment and the strategies I've used since to safely exit jobs that I found unfulfilling or downright horrifying.

If you’re entering a new workplace, be accepting of the role you have and do it well. I quickly discovered that my boss had no intention of employing the use of any of the legal skills I’d studied for, and instead assigned me monotonous busy work.

Luckily, I put my head down and did the work, writing a 17 page document my first day on the job. Doing great work will allow you to avoid blaming your boss for what can be explained by your own sense of entitlement or laziness.

Analyze your work environment rationally. By day three I’d seen my new boss scream viciously not just at me but also at other attorneys in the firm four to five times per day without credible reasons. Even clients were not safe.  I was witness to sexist and racist remarks (and I don't use those words lightly) made about clients’ (confidential) legal cases.

It became clear that for my boss, this was not a question of superior work product, but instead of power, authority, and status. These types of conclusions about your work environment must be reached through rational analysis, not through subjective interpretation.

Don’t mistake an extremely high pressure work environment with a toxic one. But, keep in mind that it’s not acceptable for anyone to verbally abuse or personally attack others in a workplace.

Once you realize that you’re dealing with a toxic or dysfunctional work environment that isn’t conducive to productivity, it’s easy to feel frustrated. But, engaging the situation in an emotional or impulsive way will likely just make things worse. After all, it’s impossible to control the actions of others.

The only thing you can control is how you respond to these situations and other people. It’s time now to put aside any personal misgivings you may have, and instead plan how you will respond.

After I realized that what I was dealing with was unacceptable, I began reaching out to others who I thought would provide a more sensible work environment. I began communication with my new future boss to lay the groundwork for the transition. Chances are that any person acting inappropriately at work will perceive you taking action to separate yourself as a personal attack, so prepare beforehand. Tools like the Glassdoor can be immensely valuable in researching future prospects or companies.

When you find a company you'd like to work for, contact a recruiter or HR director directly through Linkedin or email. Make your message personal, relevant, and friendly. Include an interesting fact about yourself, and make it low stakes for them by asking if you could treat them for a coffee instead of for a job offer off the bat.

Depending on the situation, it may be possible to directly address the person or groups that are causing a workplace to become toxic. However, such people will often not be receptive to what you’re saying, however rational you are. This is because most people that are abusive at work are acting emotionally, not rationally, often due to psychological issues.

The question then becomes, who will respond to reason? Find a person in a proper position of power that will be receptive to the rational analysis of the workplace you will provide and why you're separating yourself from the workplace.

6.  Go Through The Right Channel

Now it’s time to lay out the concrete instances, examples, and reasoning for why your work environment is unacceptable. Do not make emotional arguments or personal attacks, tempting as it may be.

Avoid criticizing any person’s character or using any kind of labels, however accurate. Instead, remain 100 percent factual, and explain examples of inappropriate behavior as evidence that what you’re dealing with a toxic work environment.

Reach out to the connections you’ve already made to transition to your new workplace. Don’t let you prior experience color your new job. Instead concentrate on the task ahead and put any bad blood behind you.

No matter how lucrative, financially rewarding, or prestigious your position, if you work with people that lack integrity you will find yourself miserable and unproductive. No matter how airtight a contract, if you're working with people who are willing to screw you for their own financial gain, they will find a way to do so. It isn't particularly difficult.

I've had too many friends lured by the promise of money into work environments with constant infighting, power struggles, and office politics, only to realize that such companies rarely remain profitable in the long term. For me, just a whiff of sleazy, abusive, or disingenuous behavior is enough to sound alarm bells.

Don't make the mistake of thinking that just because it happens at your company, it's normal. There are businesses that operate ethically. Tools like Glassdoor can be useful in finding them. 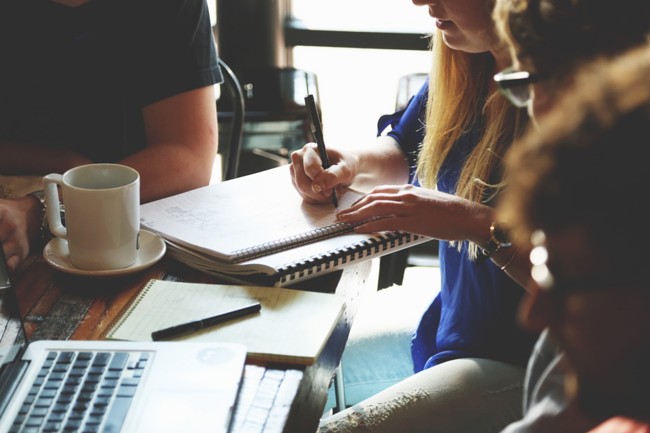 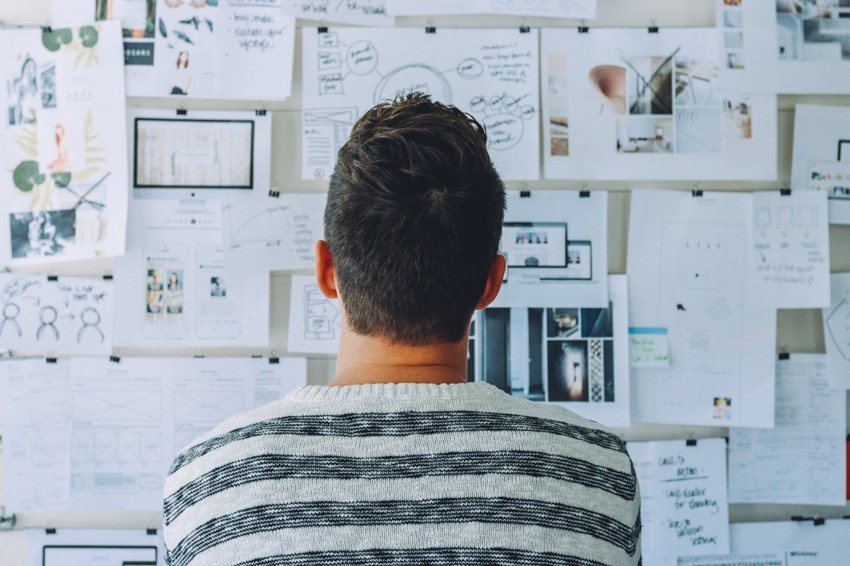 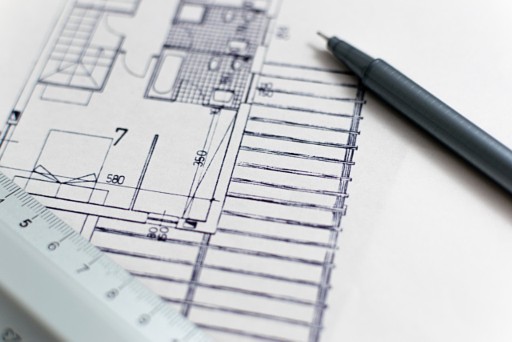 For me this story had a happy ending. I began my new internship two days after filing with the career management department of my college. Luckily, it was a complete reversal of my prior experience: intellectually rewarding, respectful, and productive, even leading to a job offer.

What's more, I went on to use these same techniques to escape other toxic or less-than-perfect work environments down the road.

How To Create A Website For A Bar or venue

“But, do we really need a website? Will that get more people to come to our events?”These are the questions I get from bar or venue owners when I talk to them about web development strategies.And, my answer is not always yes.

The 5 Keys To Developing An Unbeatable Real Estate Website

The Internet Of Money: How Cryptocurrencies Have Revolutionized Economics(And Why We Don't Know It Yet)

What The Hell Is Money -- Anyway? Money is an inextricable part of our lives. Being wealthy won’t necessarily make you happy, but being dirt poor will almost certainly stress you the hell out, as a now famous Princeton study showed us. As we try to juggle success and paying bills, with living the lifestyle that gives us joy, we rarely question some of the most basic premises about what gives money its value, and its power to orchestrate our lives.    Many don’t realize that money is simply created out of thin air, and that the only thing that ensures its stability is that it’s backed by the full faith and confidence of the United States government.The Centralized ModelWhat’s more, dollars aren’t tethered to anything of inherent value, such as gold, as they were in the past. The confusing financial lingo and complex monetary terminology seems designed to conceal the simple truth: that the asset we spend our lives pursuing is conjured out of thin air by a politically independent Central Bank, governed not by Congress, but by mysterious private shareholders whose identities are completely hidden from the public. Pretty whacky, but absolutely true.    A central bank creating monetary policy that is often arbitrary, secretive, and complex seemed unavoidable, but not anymore. With the advent of technology that controls monetary policy through the power of math and logic, rather than a central authority, we now have the potential to create currencies that are self-governing and rational.Nakamoto's Revelation     Bitcoin was the fist of the digital currencies to utilize this technology, invented by Satoshi Nakamoto, a mysterious software engineer whose real identity is still unknown.    Nakamoto created a self-governing system that controls the value, transfer, and purchasing power of a currency. It works by making all currency transactions transparent through the use of a public ledger. The ledger is verified by a complex algorithm, run by bitcoin miners. Miners are Bitcoin enthusiasts who use computing power to process Bitcoin’s algorithm, which verifies every Bitcoin transaction on the public ledger,  visible to all users.​

The Bionics Revolution:The Power To See Without Eyes

Like it or not, the access to information that technology provides is rapidly becoming a more intimate part of our lives. As computers have migrated from entire buildings, to desks, to laps, to pockets, to wrists, they beg the question: where will they go next?To top technologists, the answer is evident. Computers will go from simply getting closer to us, to becoming part of us. Cranial implants have already become common for the handicapped, with remarkable success. Bionic eyes are now being developed to provide sight to the blind.But, recreating sight will have implications that extend far beyond the visually impaired. Bionic eyes may well provide the foundation for a new world of knowledge -- the ultimate graphical user interface. Considering bionics can already provide a graphical representation of a user’s surroundings, what’s to stop engineers from interlacing data with those graphics?The time may soon come that when I look at you, I can also see your Facebook page,  latest tweets, your Linkedin professional network, your real-time GPS location if you happen to be behind a wall, and where you checked into Yelp for lunch, if, that is, you’ve set that information to be available publicly. But, why wouldn’t you? Odds are, you’ve already made that information accessible to those you trust through a quick Google search.    By simply replacing one eye for a bionic one, it may well be possible to open up a whole new world of information, data, connection, communication, and knowledge. Sound scary or intrusive? New technology always does. Rest assured, the fields of information security, privacy, and encryption are growing even faster than bionics. As years pass, the tools available to keep information from outsiders, while making it available to those we trust will only multiply.